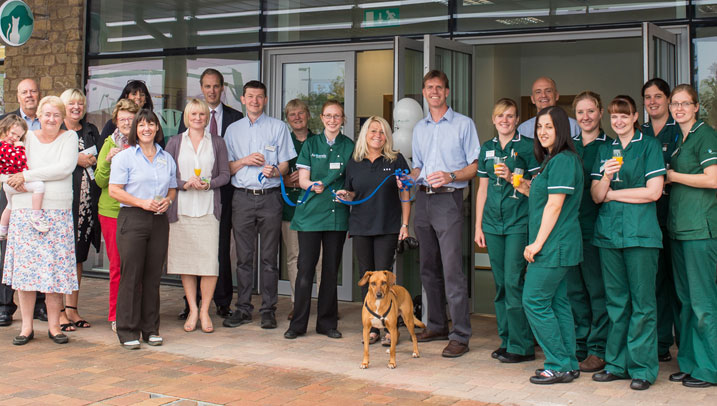 On September 15th Peg was invited to “cut the ribbon” at the official opening of Avonvale’s new centre – next to Waitrose in The Rosebird Centre on  Shipston Road in Stratford-upon-Avon.

Avonvale practice manager Diane Goddard said: “We couldn’t think of anyone better to demonstrate the very special relationship between animals and people and to open our new surgery than Peg and Tony and Sandi Lewis.

“Conrad was an inspiration and we will be donating £5 for every new client registered at the Stratford surgery to the Nowzad Dogs Animal Shelter in Afghanistan, who worked so hard to bring Peg back to Britain, and to Hounds for Heroes.”

Avonvale, Warwickshire’s largest practice for small animals, began more than 35 years ago and now has centres in Southam,Warwick, Wellesbourne and Kenilworth