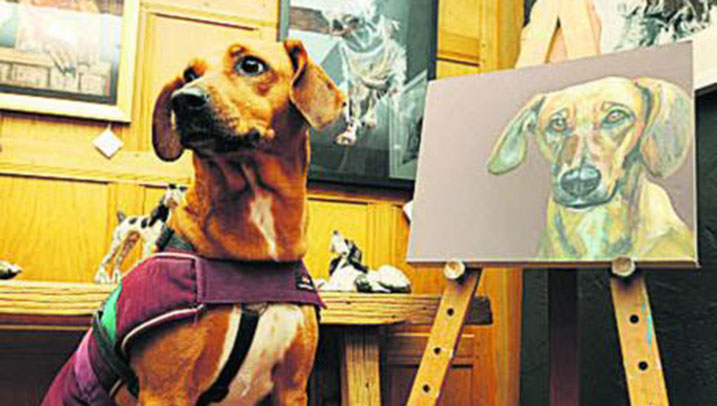 Poignant portrait of a Peg

Peg, a mongrel, was adopted by Private Conrad Lewis while he served with the Parachute Regiment.

But when the 22-year-old soldier was killed by a sniper in February 2011 his parents Tony and Sandi Lewis arranged to have her brought back to their Warwickshire home. Read more